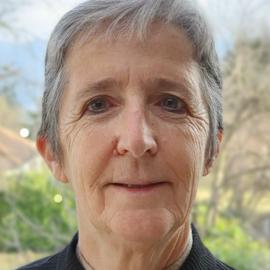 Jocelyne received a Ph.D. in Computer Science from the “Institut National Polytechnique de Grenoble” in 1986 and has been a teaching assistant from 1984 to 1988 in the “University Grenoble Alpes”. She is a CNRS researcher since 1988 and holds a position of Research Director since 1998.

Until 1990, her activity was in the field of automatic robot programming for industrial and spatial robotics. She moved to Medical Robotics in 1990. Her research activity in the TIMC laboratory is about medical robotics and medical imaging. She is also or has been responsible for different clinical research projects (urology, radiotherapy, cardiac surgery, orthopedics, etc.) in collaboration with Grenoble University Hospital and La Pitié Salpétrière Paris Hospital. Therefore, a major part of her activity is about image-guided robotics and more generally image-guided diagnostic or therapeutic systems.

From 1996 to 2013, she has been Director of the « Computer Assisted Medical Interventions » research group (about 40 people) of the TIMC laboratory. From 2006 to 2015, she was the Deputy Director of the laboratory (about 250 people). She has coordinated the French Medical Robotic Network (Robotex). From 2016, she is the Director of the French Research Network (2012-2025 program) about Computer Assisted Medical Interventions. From 2019 she is one of the two animators of a Chair “CAMI Assistant” in one of the 4 French centers for Artificial Intelligence.