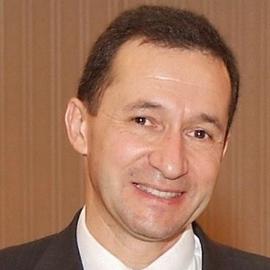 Board Member and Non-executive Director

Maurice Bourlion is the co-inventor of DSG® Technology, for which he received the prestigious Design Award, and co-inventor of Electroconductive ShockWave Lithotripsy (now being the gold standard for non-invasive urinary tract stones treatment – several million patients treated so far).

Today he is Board Member of SpineGuard and member of its Scientific Advisory Board. He acts also as an independent advisor for the funding of oncology projects, in non-profit organizations.

Maurice was also Professor at Jean Monnet University in Saint Etienne France where he was lecturing Business Intelligence. Formerly he was Executive Vice President for SpineVision® group and General Manager of its North American subsidiary in San Francisco (California, USA). Beside his international experience of Marketing for HighTech products Maurice’s scientific expertise is broad and includes ultrasounds, shock waves, and electrophysiology in particular electro stimulation.

Prior to this Maurice Bourlion was Business Development Director at Medtronic and successfully launched incontinence pacing products and sleep diseases devices in Europe. Before that he was involved in the international development and the successful launch of Extracorporeal Shockwave Lithotripters (ESWL) of Technomed International group and held several positions as project and product manager. He started his career in the research group of Dowell Schlumberger where he participated to design experimental set-up for measuring fluid flow in heterogeneous media.

Maurice Bourlion holds a biomedical engineering degree from Ecole Nationale Supérieure d’Electronique et de ses Applications (ENSEA) and a University Degree in Electronics. He is also Certified Professor at the college of electrical engineering and computer science. He is a member of the New York Academy of Sciences. He is author of dozens of scientific publications and listed as an inventor on more than 20 patents.