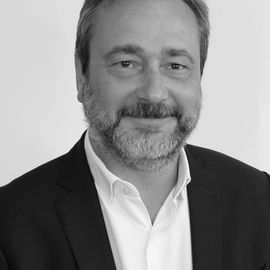 Stéphane Bette brings more than 26 years of R&D and general management experience in the Spine industry, 13 spent in the United States.

Prior to founding SpineGuard, Stéphane Bette was a member of the foundational team of SpineVision, a privately-owned international company focused on the development and marketing of spinal devices, where he served for 10 years at various positions of increasing responsibilities from R&D Project Management to VP of R&D and finally US General Manager. Stéphane Bette began his career in 1996 as R&D Project Manager with Sofamor Danek, a pioneering spine company which has since been integrated by Medtronic, today’s spine leader, where he developed a scoliosis system.

Stéphane Bette received a Master degree in Mechanical Engineering from ENSAM, France and a Post-graduate Degree in Biomechanics from LBM in Paris, France.