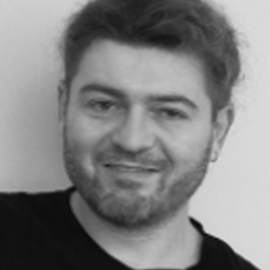 Gianni received his M. S. degree from the University of Pisa and Ph.D. degree from the University of Bologna in 2004 and 2008, respectively. In these years, he has been a visiting researcher at the New Jersey Institute of Technology, NJ, USA, and the Deutsches Zentrum für Luft- und Raumfahrt (DLR). From 2008 to 2010, he was Postdoc Researcher at the University of Bologna, in the context of the European Project DEXMART. From 2010 up to now, he worked at KU Leuven, department of Mechanical Engineering, participating in several international research projects amongst which ROBOHOW, Factory-in-a-day, Gift-Surg and EurEyeCase, He is currently the daily manager and integration manager of the MSCA-ITN ATLAS. He currently holds the position of Research Expert at the department of Mechanical Engineering. He is member of Flanders Make - core lab ROB, and part of the committee of CRAS from 2015, of the program committee of Human-Friendly Robotics (HFR) in 2019 and 2020. He has been Associate Editor for ICRA. His research interests include constraint-based control applied to tele and co-manipulation, modeling and control of continuum robots, haptics, formal methods for robotic task description, Bayesian-estimation. He applied such methodologies to industrial and surgical scenarios.