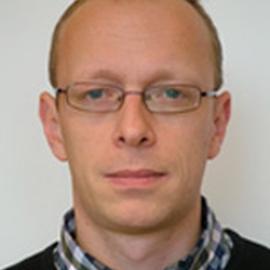 Emmanuel (Manu) Vander Poorten is associate Professor at the Faculty of Engineering Technology of KU Leuven (Belgium) where, since 2010, he has been coordinating the activities of the Robot-Assisted Surgery (RAS) group of the Department of Mechanical Engineering. He received the Mechanical Engineering degree in 2000 from KU Leuven, Belgium and obtained the title of Doctor in Engineering in 2007, from Kyoto University, Japan. Since his return to Belgium he has been heavily involved in several international projects on assistive technology and surgical robotics. Including RADHAR (navigation assistance for robotic wheelchairs), SCATh, CASCADE, ARTERY (on smart robotic catheters), EurEyeCase (on robot-assisted eye surgery) and ATLAS a Marie-Curie Training network on autonomous intraluminal surgery. The RAS-group is closely collaborating with King’s College London and University College London in GIFT-Surg on collaborative robotics for fetal surgery and with Sorbonne University on solo-surgery. Within FAROS, RAS aims to push collaborative robotics as a valid alternative for conventional telerobotic approaches that are currently dominating the surgical scene.